Well to say the least we have been on some major major dolphin these last three weeks. The fishy Business Team has stayed in the rankings in the last two tournaments placing in third in key west division and then third Calcutta for the Yamaha Dolphin Masters.

As far as the charters have been going we seem to be catching bigger fish after the tournaments?!

Here are some pictures through out the last couple weeks. 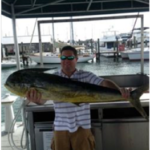 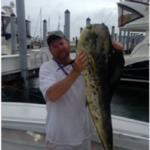