This year as many of our anglers know has been very tough offshore. May and June was supposed to be our dolphin or mahi-mahi run, but they did not come through like in past years. Being in business since 2010, I have gotten to know many other captains and they are all saying the same thing about our season – slow and few and far between! 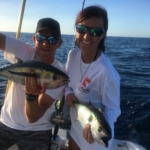 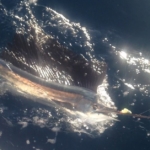 FINALLY some good news, the offshore bite has reignited once again! Since the end of October, we have had a consistent bite of blackfin tuna and sailfish. Also, the dolphin bite has picked up, and of course, the occasional wahoo will be landed as well! If this is a sign for our upcoming season I am very excited!

The reef bite has remained the same a nice mix of snappers, and now that the water is cooling, mackerels are coming through as well. And for those who don’t want to stray too far and stay in the calm waters the bonefish, sharks, and permit have been on the flats. 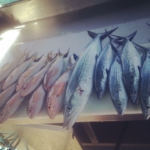